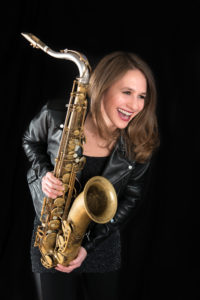 She was chosen to play in a band for representing the Conservatory during 2 tours (Nürnberg: Germany and Stockholm: Sweden).
She started composing for different projects and different settings: duo, quartet but also larger ensemble like”Kombawa Tentet“ with whom she performed in the prestigious“Jazz in Marciac”. 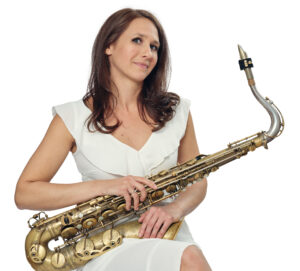 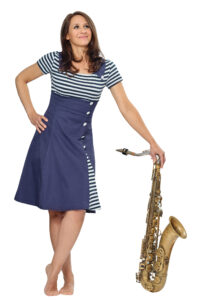 2008 is also the year where she won the price “Young Talent of Alpes Maritimes” that gave her the opportunity to live in New-York City for 2 months.
There she studied with the saxophone masters ( Joshua Redman, Chris Cheek, David Binney and Donny McCaslin and George Garzone) wich considerably accelerated her musical developpement.
After she moved to Germany in 2010 she founded a new quintet with some of the best musicians of the Cologne jazz scene. She was quickly recognized beyond the borders of the region as a virtuosic but at the same time melodic improviser and composer. In 2015 she released her album “Reconnaissance”  under the swiss label Unit Records, her new album „Chansons de Cologne“will be released in September 2022 under the label Jazzsick Records.